On Sunday, Feb. 27, 2011, and in defiance of a 4 p.m. deadline to clear the in the Wisconsin State Capitol in Madison, Wis., protesters of Gov. Scott Walker's proposed budget repair bill erupted with cheers when it was announced that Sen. Dale Schultz, a Republican who represents southwest Wisconsin who tried to come up with a compromise budget repair bill, would allegedly not vote for Walker's plans. The announcement came via peoples' smart phones. Earlier in the day, a few thousand citizens, public workers, teachers, and union members, including Service Employees International Union (SEIU) Wisconsin Healthcare, protested for a thirteenth day. While many protesters voluntarily and peacefully left upon a 4 p.m. deadline to clear the building, others chose to stay and defy the police order. At approximately 7 p.m., an organizer announced that police, many who have been in solidarity and meeting with the pro-union leaders, agreed to not make any arrest and instead let the several hundred remaining protesters stay the night on the ground floor of the Capitol. Walker's proposed bill requires state employees to make higher contributions to their pensions, increases health insurance premiums, and changes provisions in the state's collective bargaining law. (Photo by Jeff Miller for SEIU) 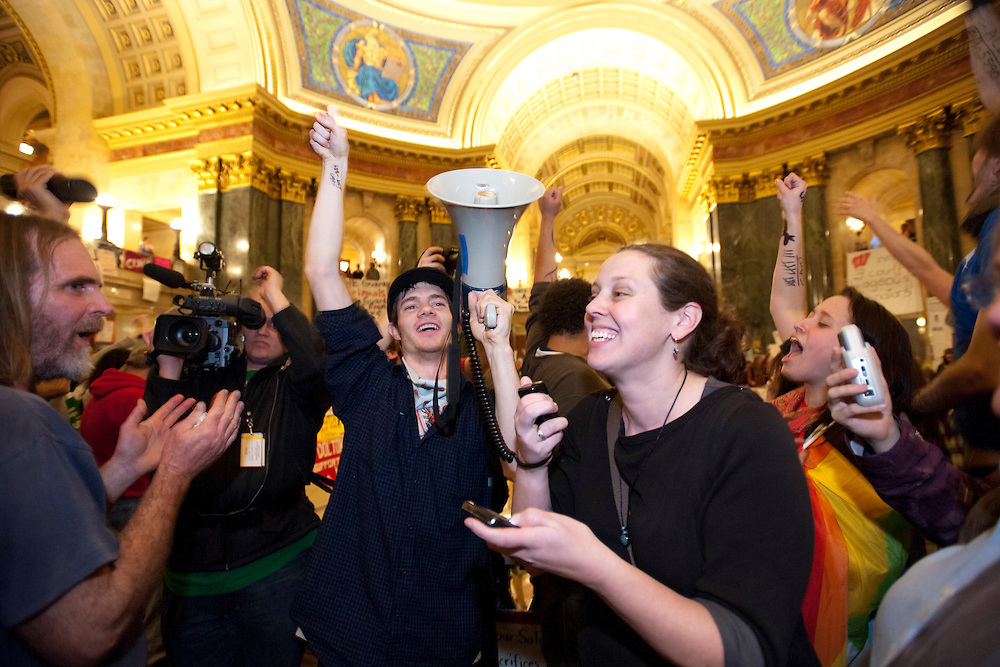