Attorney at Law Christopher Ochoa works in his office in downtown Madison, Wis., on Saturday, Dec. 1, 2007. In 1988, a then 22-year-old Ochoa confessed to rape and capital murder in Austin, Texas to avoid the death penalty. He also implicated his roommate. Both men were sentenced to life in prison. Twelve years later they were exonerated after another inmate confessed, and DNA evidence excluded them. Ochoa went on to earn a law degree from the University of Wisconsin, and is now a criminal defense lawyer in Madison. 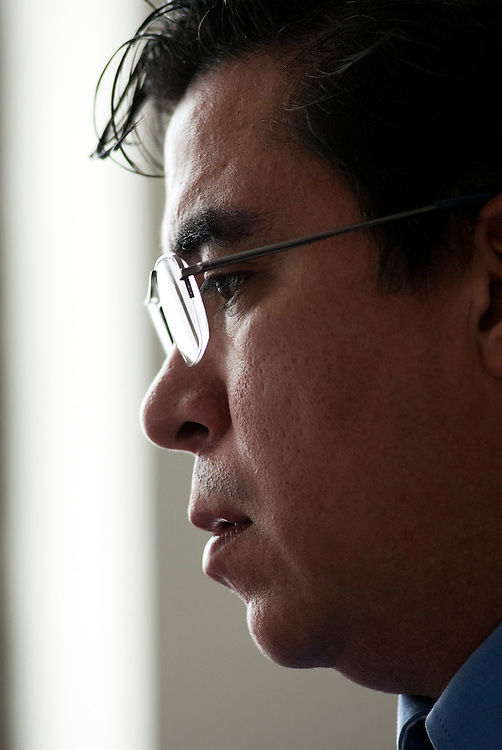