As late afternoon falls to night on June 7, 2011, nurses and members of Service Employee International Union (SEIU) join in song with hundreds of teachers, public employees and pro-union citizens gathered in a makeshift tent city called "Walkerville" located across the street from the Wisconsin State Capitol in Madison, Wis. Pictured with microphone is Mahlon Mitchell, president of the Wisconsin Professional Firefighters Association. The encampment -- named in activist reference to "Hooverville" tent cities that sprang up during the Great Depression in response to actions by President Hoover at the time -- is part of continued public protest against efforts by Wisconsin Gov. Scott Walker and the Republican-controlled legislature to enact measures that negatively impact collecting bargaining rights for union workers and the benefits of public employees. In addition, state funding and support is being cut from the state budget for many programs related to education, healthcare and senior care. (Photo by Jeff Miller for SEIU) 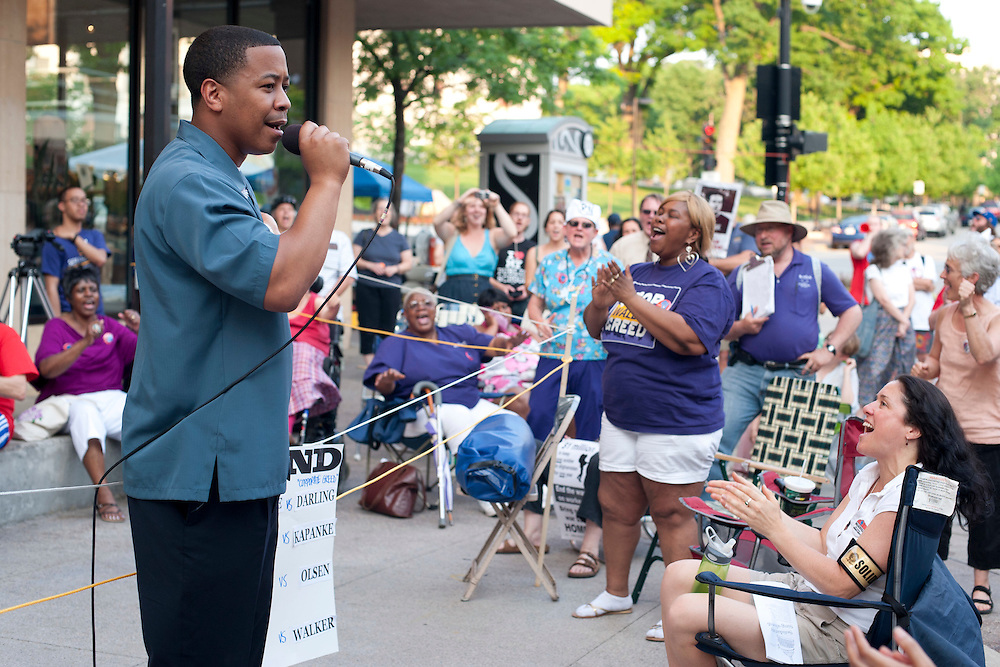